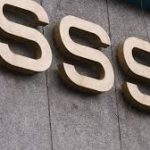 In response to those who are looking for Meycauayan Bulacan SSS Hotline Number, we will be giving you the details at the end of this article. We will also be giving a little bit of introduction about the city of Meycauayan in Bulacan. We will also include in this article about their economy together with the industrial estates that houses many of the big businesses in Meycauayan and employs a huge number of workers. The more reason why there should be an SSS branch office in this provincial city especially for private workers who needs financial assistance. This financial assistance may come in the form of salary loans, housing loans, or any other social security benefits like sickness, maternity, retirement, disability, death, and even funeral benefits.

Meycauayan is one of the oldest towns in Bulacan province and in the entire country. It
was established in 1578 by Franciscan friars just a few years after the founding of the
city of Manila. The name Meycauayan was derived from the word “Makawayan” because
during the Spanish era, the place where a church was established was mostly covered
with bamboos hence the place derived its name from this place and later on became known as Meycauayan. The old Meycauayan was comprised of the the towns of Polo, Obando, Marilao, Bocaue, and San Jose del Monte. The name Meycauayan was later changed to Bulacan after the town of Polo followed by the other towns separated from Meycauayan. The last town to declare independence for Meycauayan was the town of Marilao in the year 1913.

At present, Meycauayan is the second billionaire city of Bulacan and considered as one of the cities with the richest economy in Central Luzon. This city is well known for Jewelry making and is the location of several industrial estates that houses several big businesses that employs a huge number of workers. That is probably the reason why Meycauayan was chosen as the site of one of the SSS branches in the country. Given below is the address, email address, and hotline number of SSS Meycauayan branch in Bulacan including a map showing the location of the said SSS office. We also included a video for those who wish to continue paying their SSS contribution as a Voluntary Member of SSS. You can download your RS-5 form HERE!!!